40 Mile is part of larger camp, that of 39 Mile camp, which accommodated many troops during the war.  This site is located in the Acacia Hills area, is not easily accessible and is on Government property. Many units camped at this site, including units from the US 102nd AA Battalion and the 147th Field Artillery from the South Dakota National Guard which was one of the first units to occupy the site in early 1942 (US 147th FA crest pictured at left). The 147th constructed a large oven at the site and it dominates the area today. Constructed of local rock, the oven uses concrete and pressed steel rail sleepers from the North Australian Railway to form the main structure. A 44 gallon drum serves as the chimney at the back of the oven. The troops carved their unit number and the date into the side of the oven for prosperity and is pictured below. 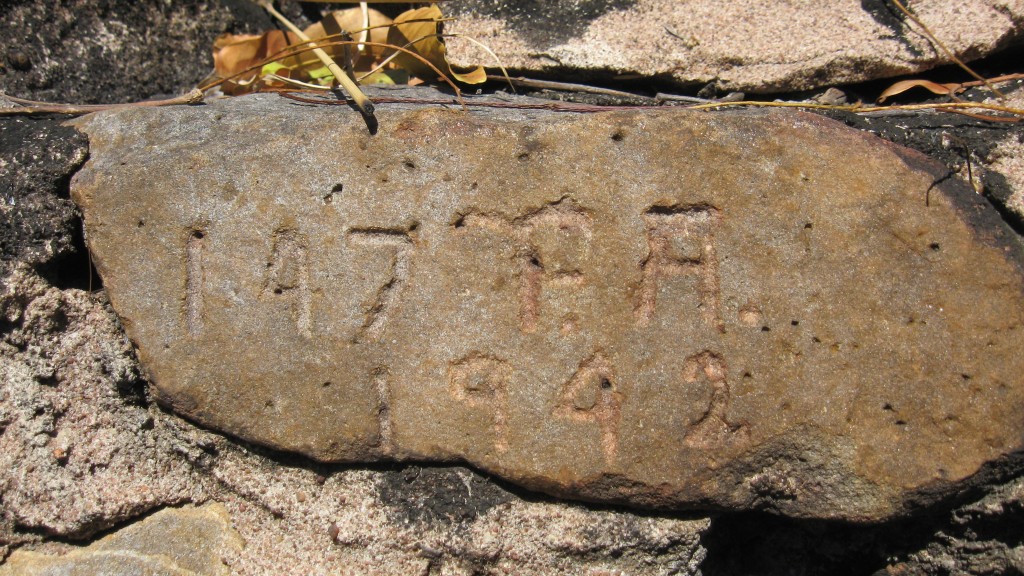 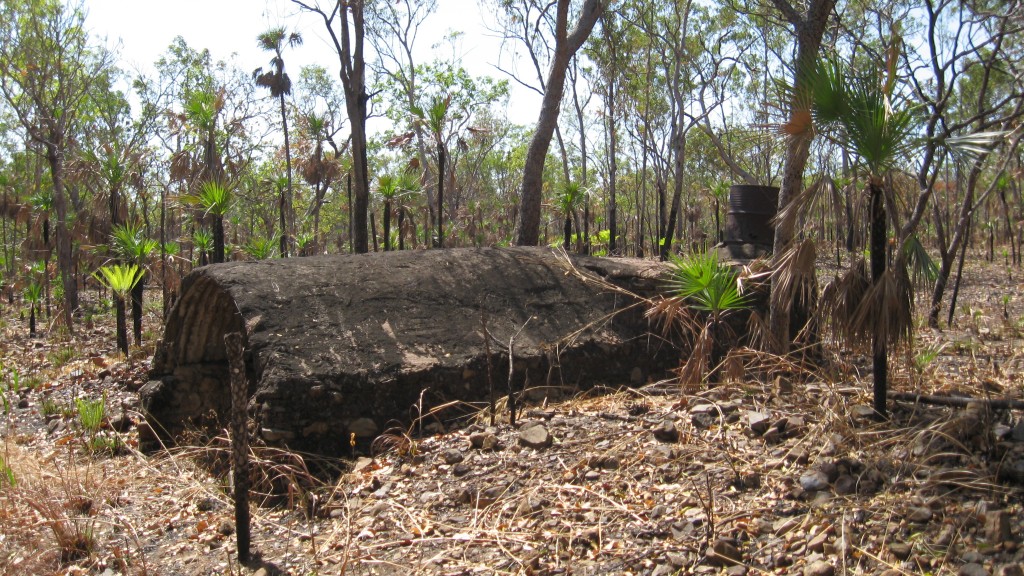 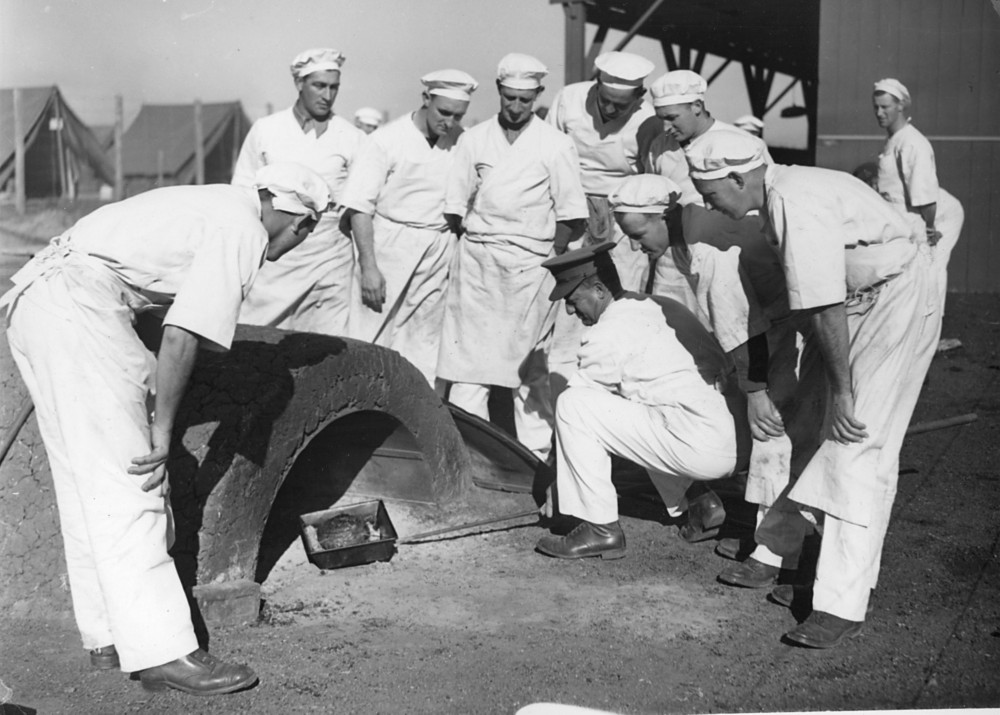 A similar but smaller oven of the same design in use in Australia during the war.

Other units know to occupy the site were troops form the 7th Battalion “The Murry Boarders” from Victoria in 1942-43. This unit was classed as a Militia unit at the time. (7th Battalion Patch pictured at left)

Apart from the bread oven, the site contains a few concrete foundations, tent sites, laundry sites (US Army) and shower sites. There is a rifle range at the back of the site which seems to been constructed by Australian Army after the US Army left the site. Targets still rest where they were placed 70 odd years ago and contain bullet holes. The butts still contain tin over the trench which served to provide cover from the sun for the lucky soles who drew duty. 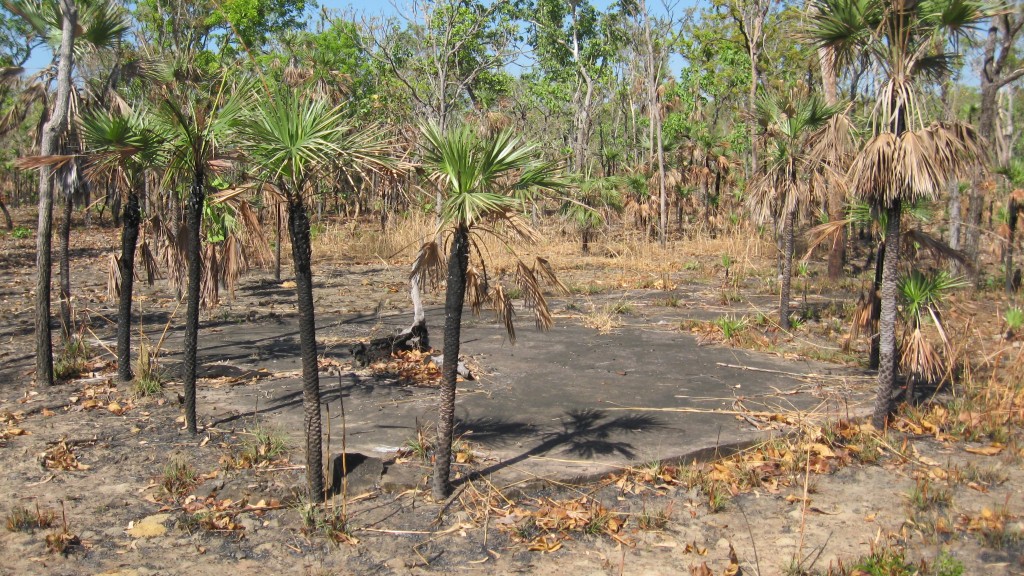 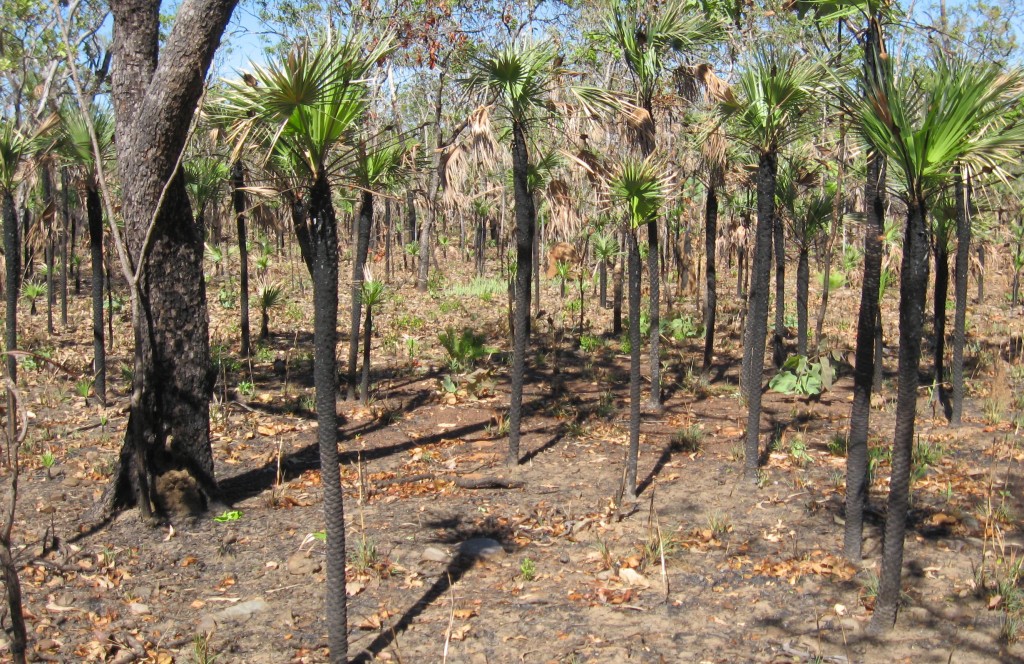 US Army tent site. (Yes you need to use your imagination) Although difficult to see, a large US tent, most probably a M1934 (Pyramid) tent once occupied this spot. Although the tent is long gone, the floor of the tent remains relatively intact as soldiers used to crush local ant hills to serve as the tent floor due to its compactness. The Sand Palm or ‘Livistona humilis’ (seen above) or the turkey bush also seem to flourish where local bushland has been cleared and can be a good indication of the presence of a past tent. The outline of a few of these tents can thus still be seen today. Occasionally a few tent pegs to these American tents can be seen in the ground but as most US tent pegs were made of wood, most have long since deteriorated. 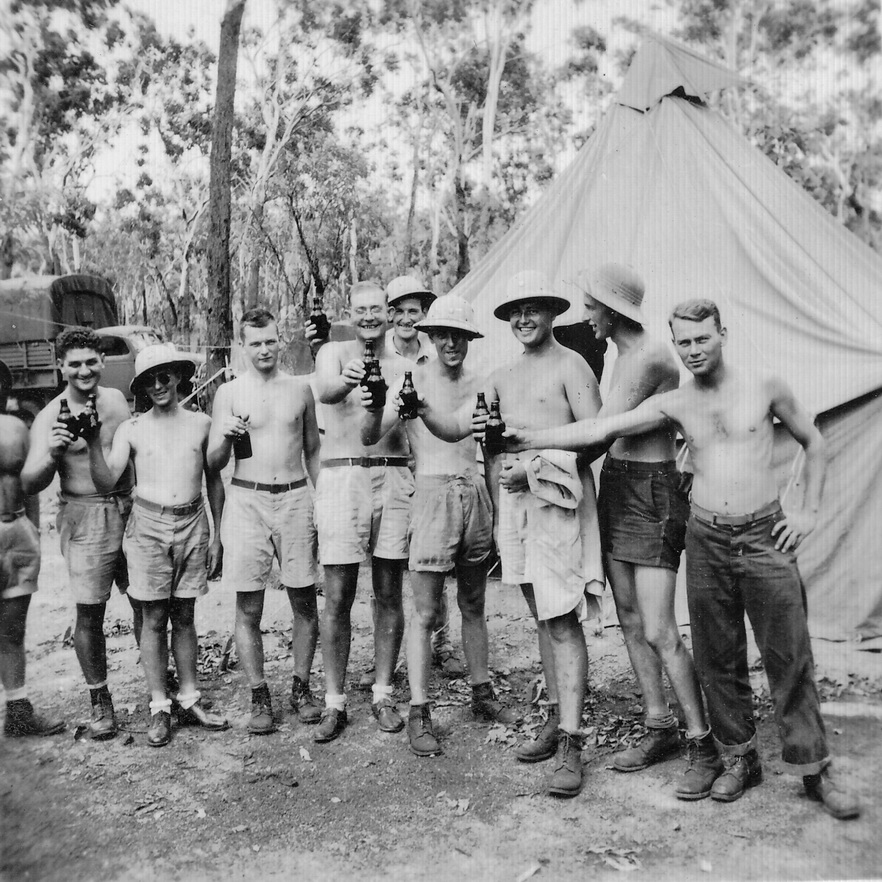 A rare photo of members of the 147th FA at 40 Mile Camp in front of their M1934 tent and CCKW Truck. Note sun helmets and denim trousers worn at right common in US field artillery units early in the war. The artillerymen, fourth from the right, sports Australian issue shorts. (Authors collection 2015) 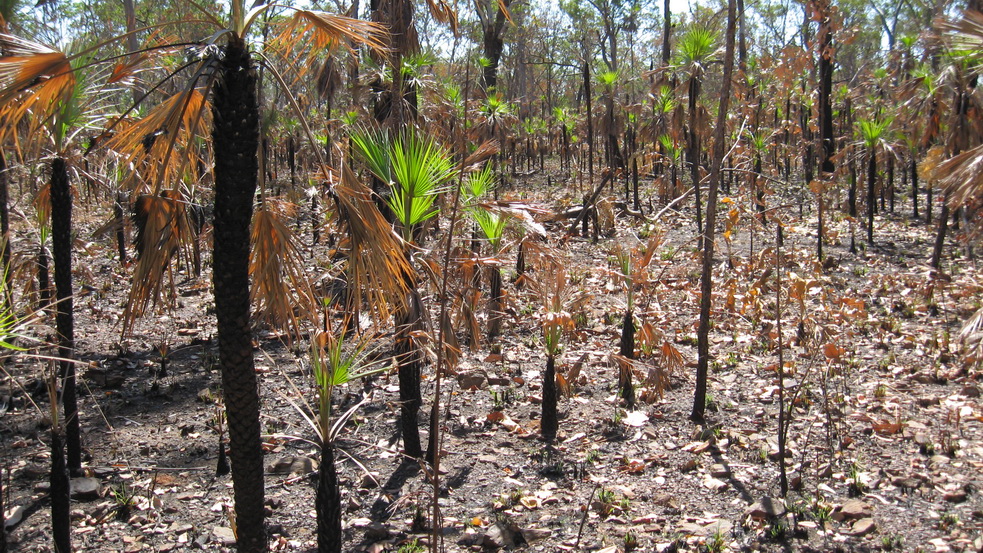 This is the approximate location today of where the above historical photo was taken. Note cleared tent sites in the foreground at left and background at right. They are consistent with type M1934 dimensions. 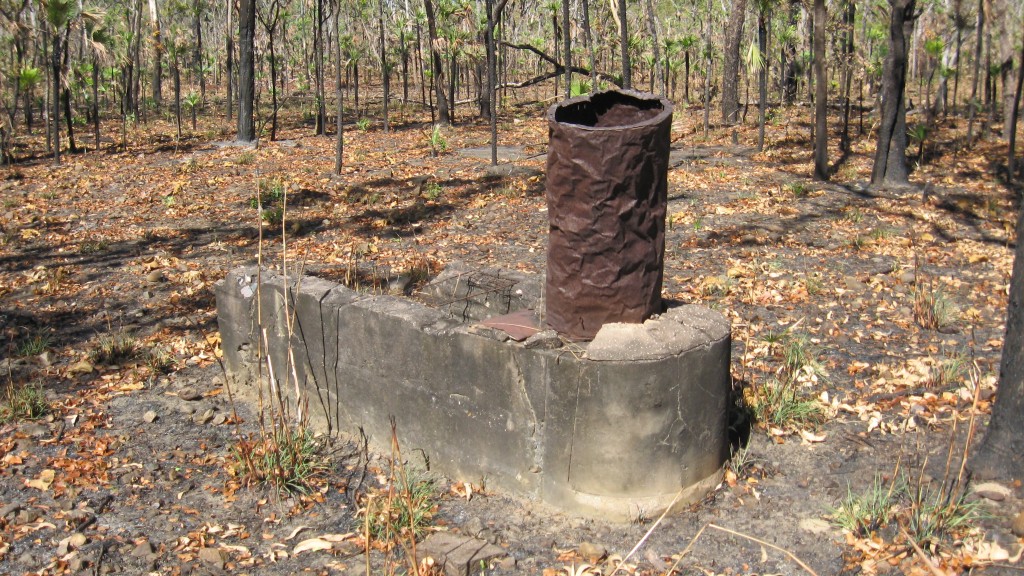 Click on the link below to view image of US personnel in the NT using one of these laundry structures. (Image courtesy of © State Library of Western Australia 2011.)

The site contains two structures that were used for heating water for the washing of clothing. One of these structures has all but deteriorated but the other is in relatively good condition. They are of US design and were constructed by the US 147th Field Artillery to service their soldiers while camped in the area. The structures themselves where made from concrete with reinforcing steel. The chimney of course was made from a 44 gallon drum. Fires would be lit in the center and half a 44 gallon drum would be placed on top of the gap containing the laundry.

The rifle range is about 400 yards long and is separated at 100 intervals buy firing step areas. The steps are in some locations supported by star pickets and logs to form the basis of the platforms used for soldiers to shoot from. The range seems to have been predominantly used by the Australian Army. Targets are still in position at the butt end of the site and bare the marks of bullets that have struck home. Rifle ranges in particular were busy places during the war in the NT as soldiers were vigorously trained to either resist a possible invasion or prepare for deployment overseas. The lack of fighting and a desire to keep soldiers minds occupied resulted in much training and rifle shooting competitions between units. The SMLE (.303) seems to be the weapon most employed at this site. 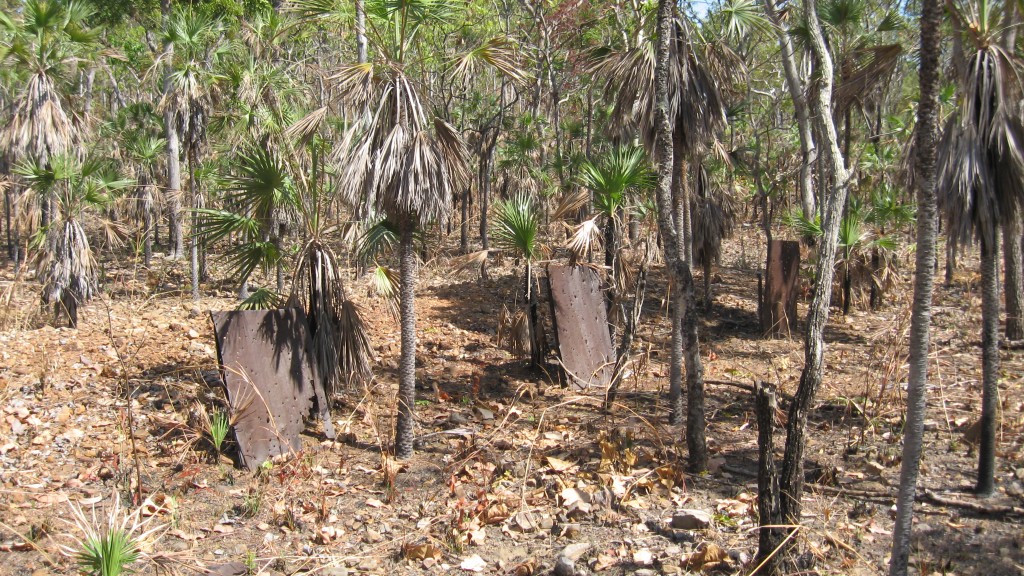 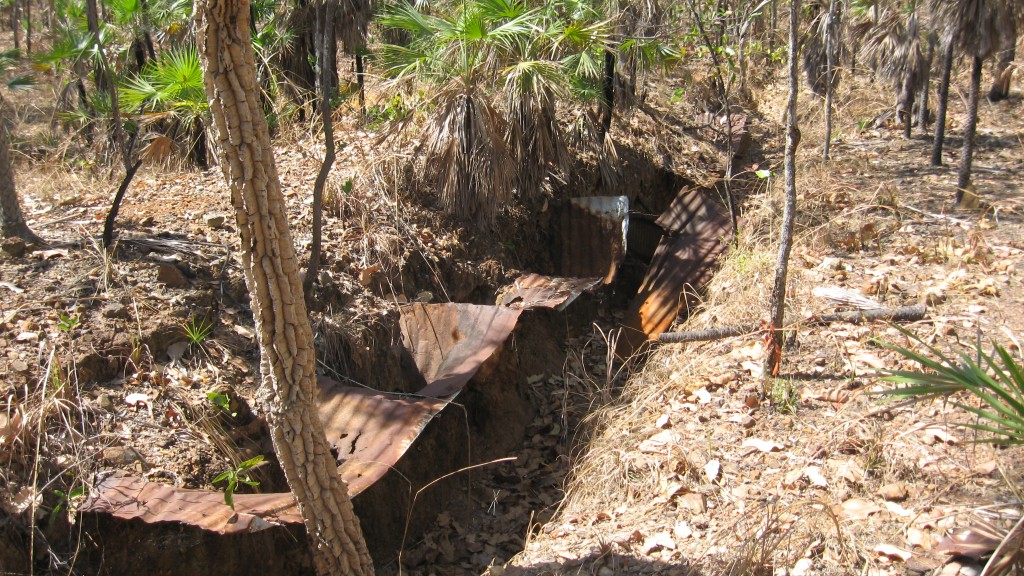 The butts with corrugated iron to provide shelter for the soldiers.

Shower sites appear to be most dominate on the eastern side of the camp and contain some elaborate foundations with drains and septic run offs. There are also many other laundry  facilities in the area as well as the remains of water tank stands. 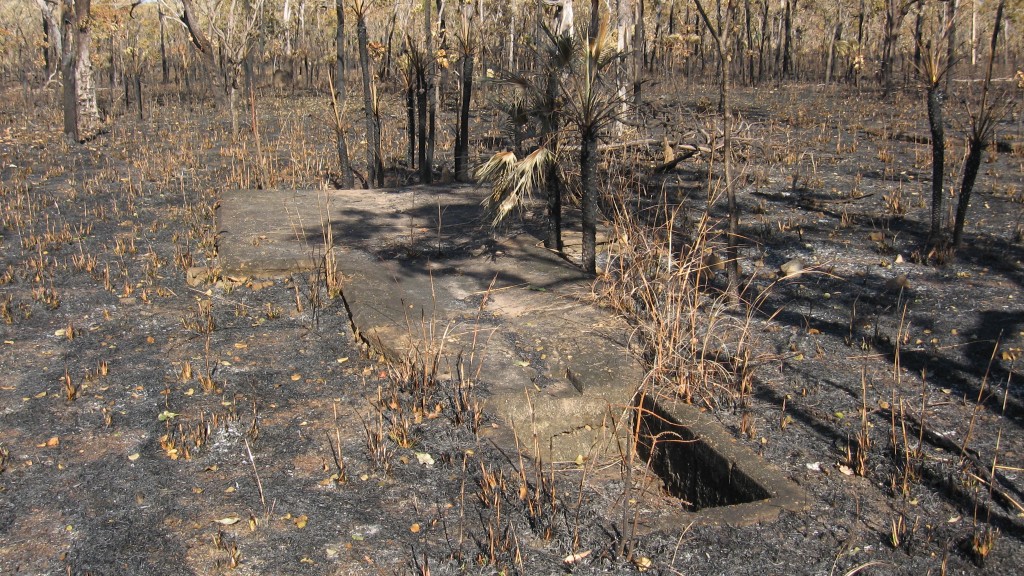 Large shower foundations with incline to center for run off to the septic located in foreground of the image. This would have contained washing areas as well as showers for the soldiers. 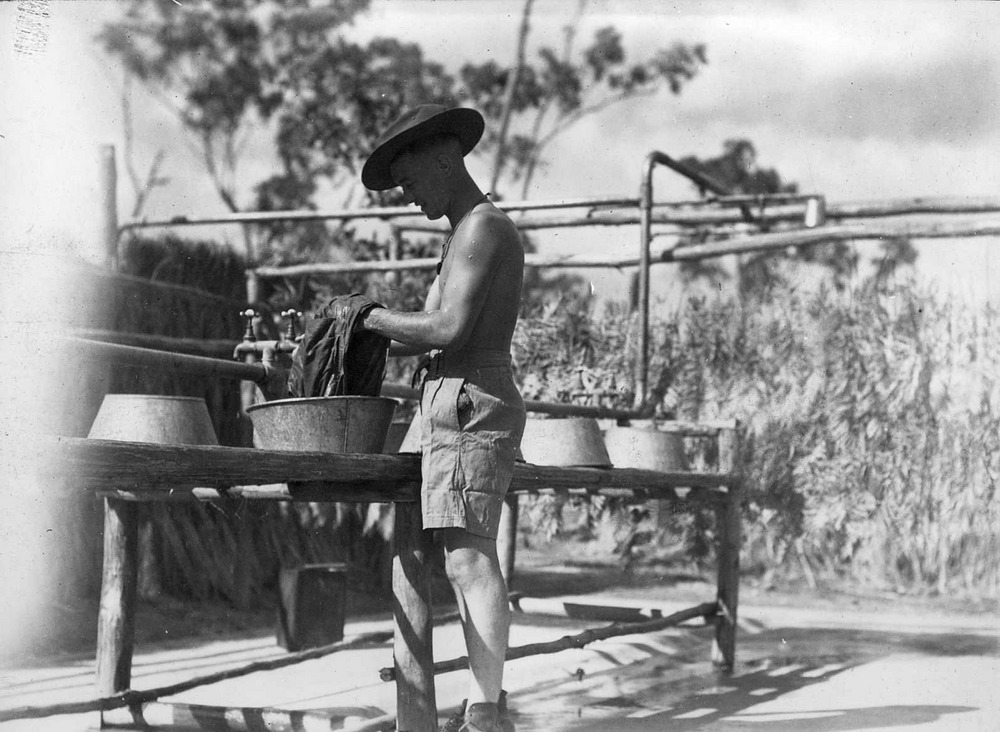 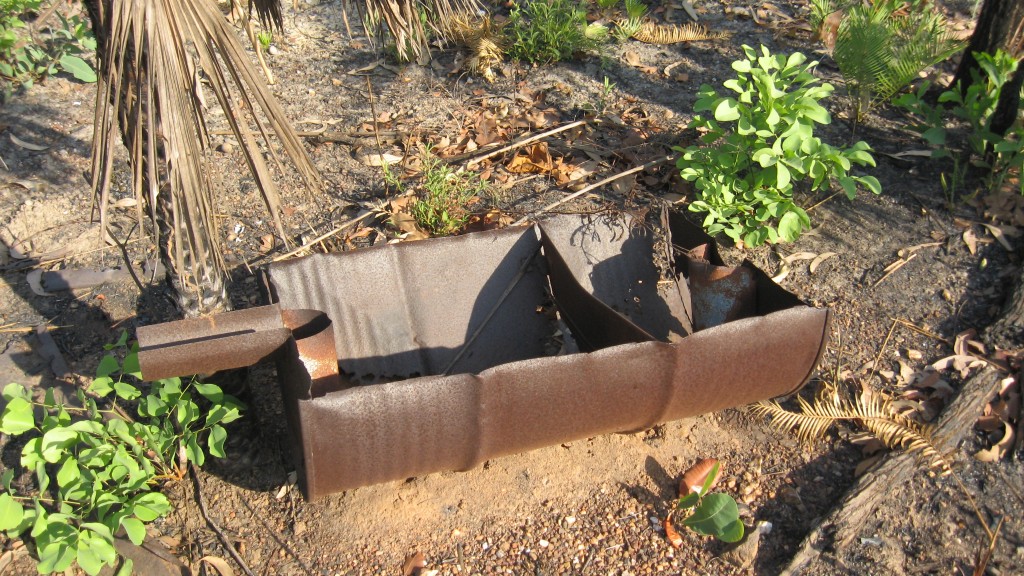 A sink constructed from 44 gallon drum.