Another large site that occupies a considerable area is that of 44 Mile camp. This site is on private property. This site was home to the 12th Division’s workshop, Australian Electrical and Mechanical Engineers (AEME). (NT AEME Colour patch at left) Units that made up this force where that of the 106th and the 107th Brigade Workshop (AIF) (1942), the 2nd Brigade Section 12 Australian Division Ordnance Field Park and the 136 Australian Brigade Ordnance Field Park. The site contains many large concrete

foundations, many of them workshop and living quarters. The site also contains many shower foundations, maintenance areas, drains, tent sites and toilet facilities.

The AEME of the 12th Div was in short responsible for maintaining transportation and ordnance in the area.  Vehicles from the immediate vicinity requiring maintenance or repair including trucks, motorcycles and cars, jeeps and even Bren-gun carriers would be sent to this location for repair. Indeed, the units stationed here serviced most, if not all motorcycles in the area. Weapons such as artillery pieces, anti-tank guns and AA guns would also be serviced by this unit.

The position of this site was well chosen for its intended purpose as the site boarders a heavily timbered area with a relatively deep tree canopy.  This was vital for the service of large numbers of vehicles and towed weapons due to the camouflage offered. Large vehicle parks, particularly early in the war in the NT, offered prime targets for Japanese aircraft. Hence many vehicle maintenance areas are located amongst the trees at the rear of the site where it appears they were parked in circles and dispersed at random to take advantage of the canopy cover. The site was also very close to an Australian Army Service Corps (AASC) unit at 46 mile. The numerous vehicles contained within an AASC unit and the relative close proximity of the AEME unit at 44 mile must have proved most convenient when vehicle maintenance and service was required. 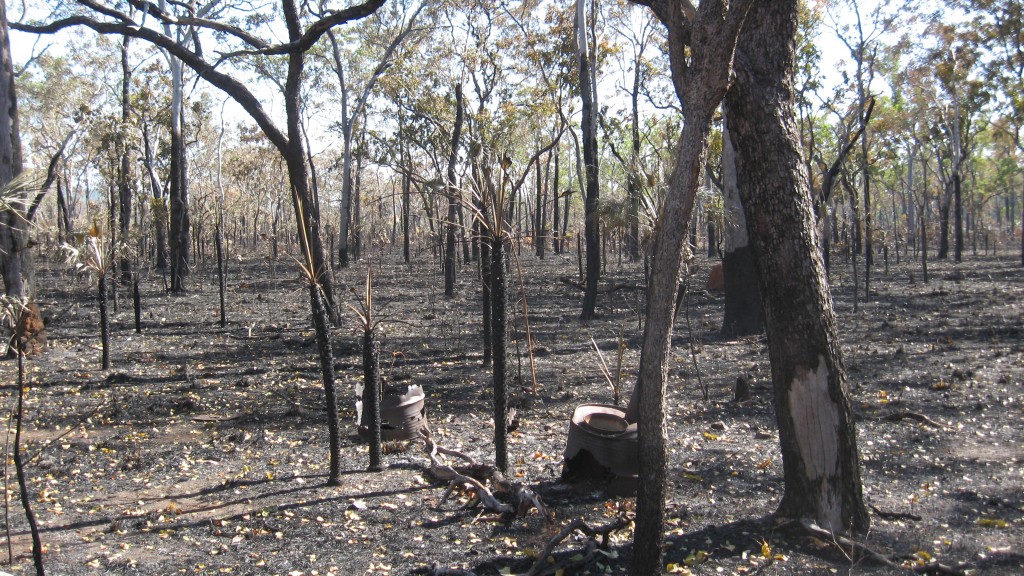 Wooded area at rear of camp site. The remains of two “thunder boxes” can be seen. 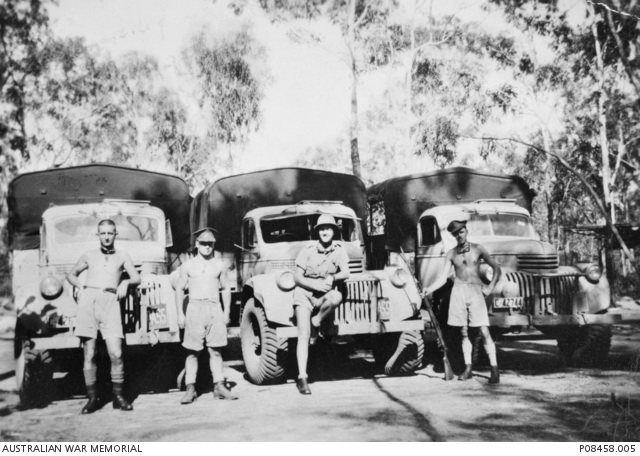 Members of the 106th Brigade Workshop (AIF) at 44 Mile in front of their 1942 Chevrolet 4×4 trucks in the heavily wooded area at the rear of the workshop area to take advantage of the natural camouflage offered by the trees canopies. Most of the Chevrolet trucks serving in the NT were manufactured in Canada. 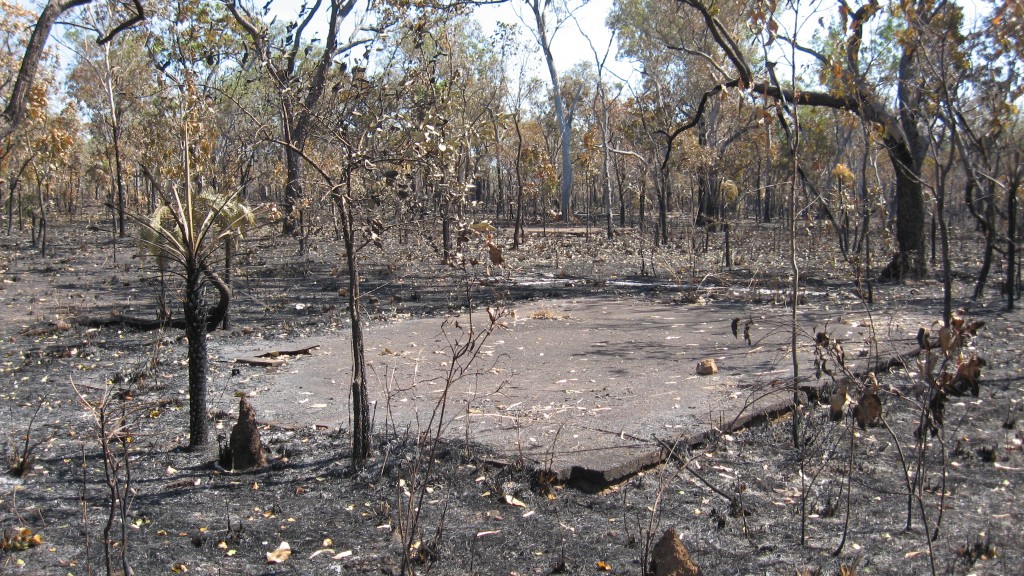 One of the many vehicle servicing foundations in the area. 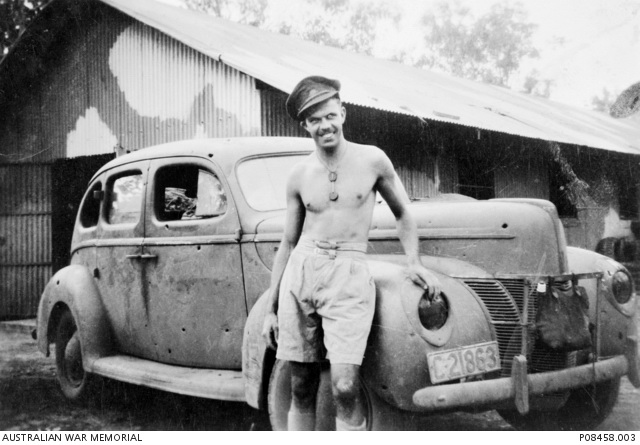 A soldier of the 106th Brigade Workshop (AIF) in front of a damaged 1940 Model Ford V8 sedan at 44 mile. Note the commonwealth number plate denoted by the large red “C”. This photo also gives us a good insight into what the buildings at 44 mile looked like. A very prominent camouflage pattern has been applied to the building, highlighting the danger of air raids in the area. 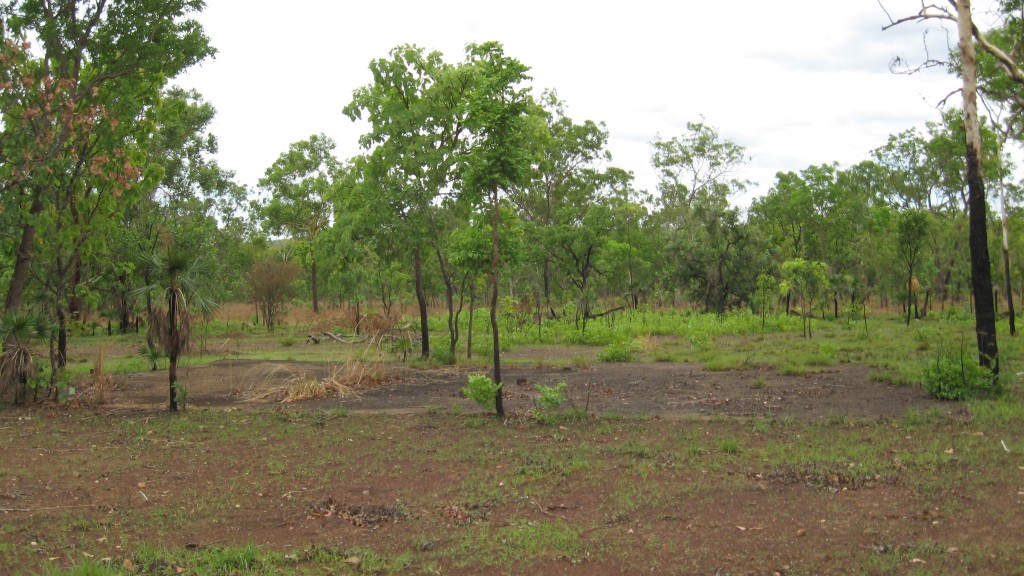 Large workshop foundation at the western edge of the camp area. 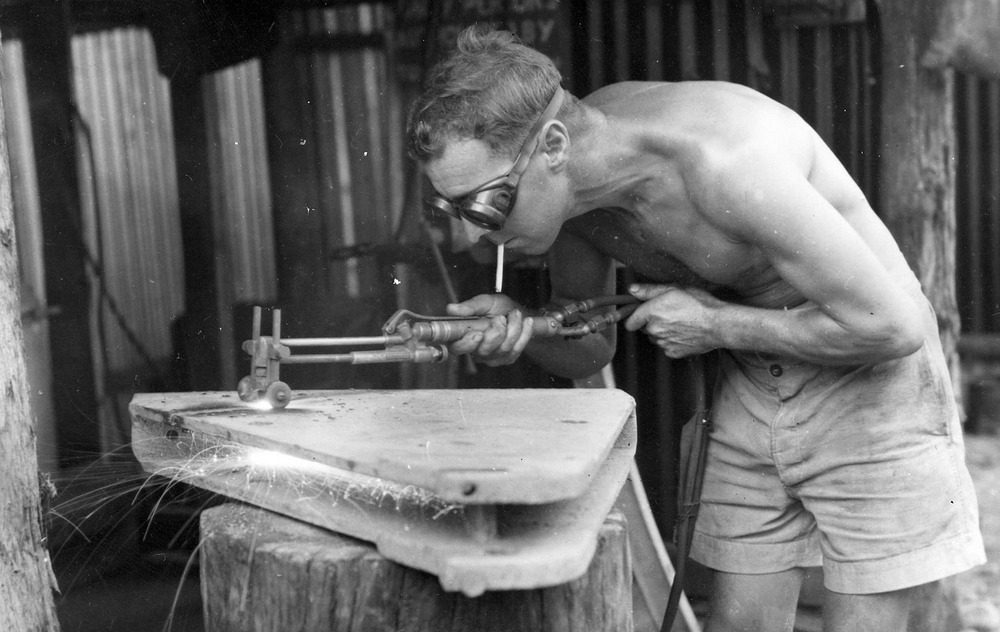 A soldier uses and ‘Oxy’ torch at a workshop in the NT. (The good ole days before OH&S) 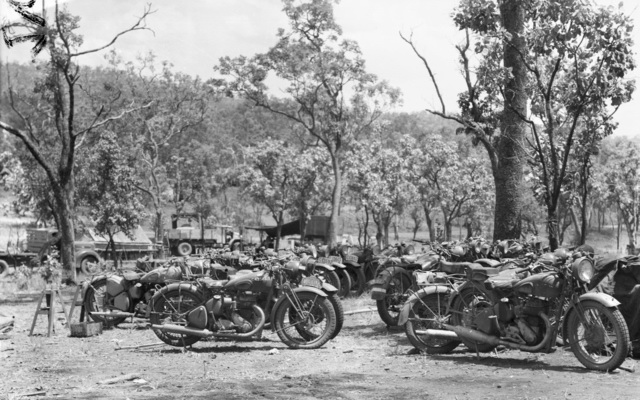 A photo of BSA, Norton and Royal Enfield motorcycles waiting to be repaired at 44 mile. Note hills and north-south road in the background. (See photo below for a recent photo of this location) 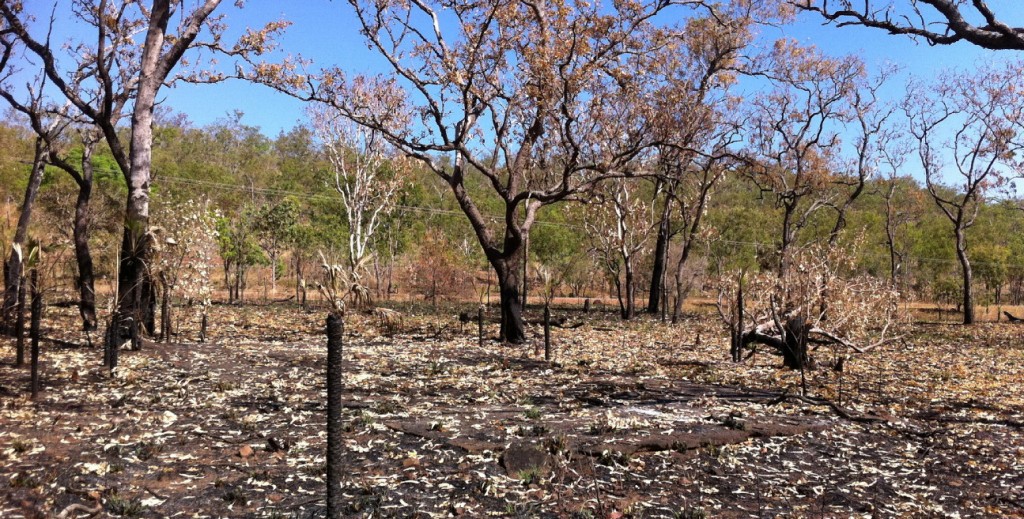 The same approximate location of the historic photo above in 2012.

Part of a damaged BSA M20 Motorcycle exhaust pipe located at the site attesting to the fact that the AEME serviced lots of motorcycles at 44 mile. 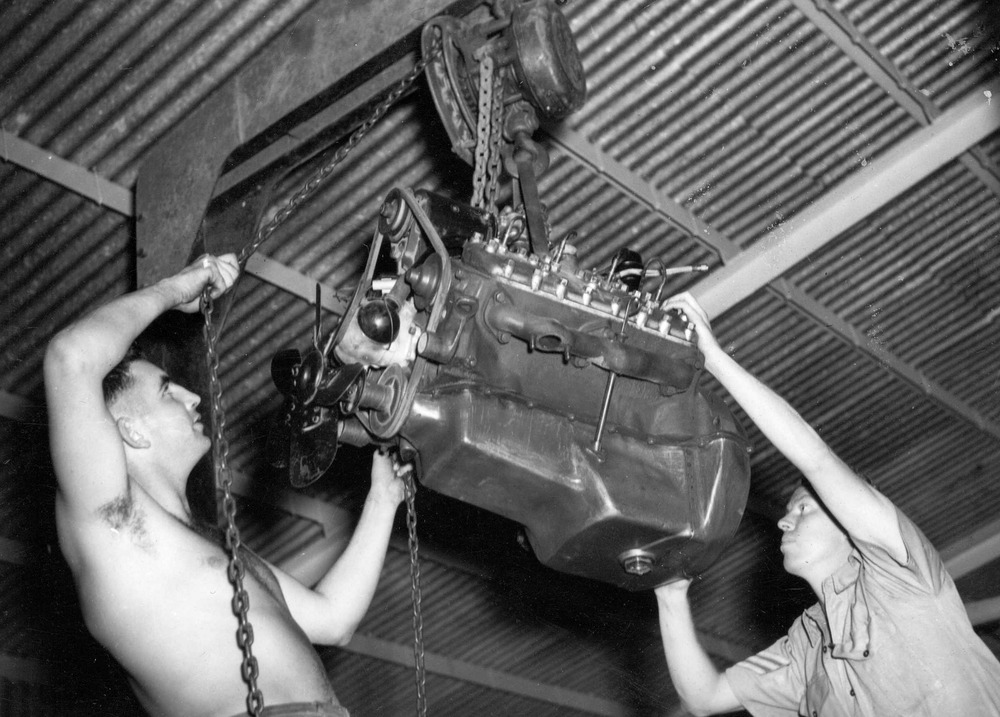 Although taken at Larrimah Rail Head, this photo does illustrate the type of work that took place at 44 Mile. Troops winch a V8 Flathead from a vehicle, most likely a Bren Carrier. Removing the V8 from the Bren Carrier was difficult as it could only be taken out from over head of center of the fighting compartment. 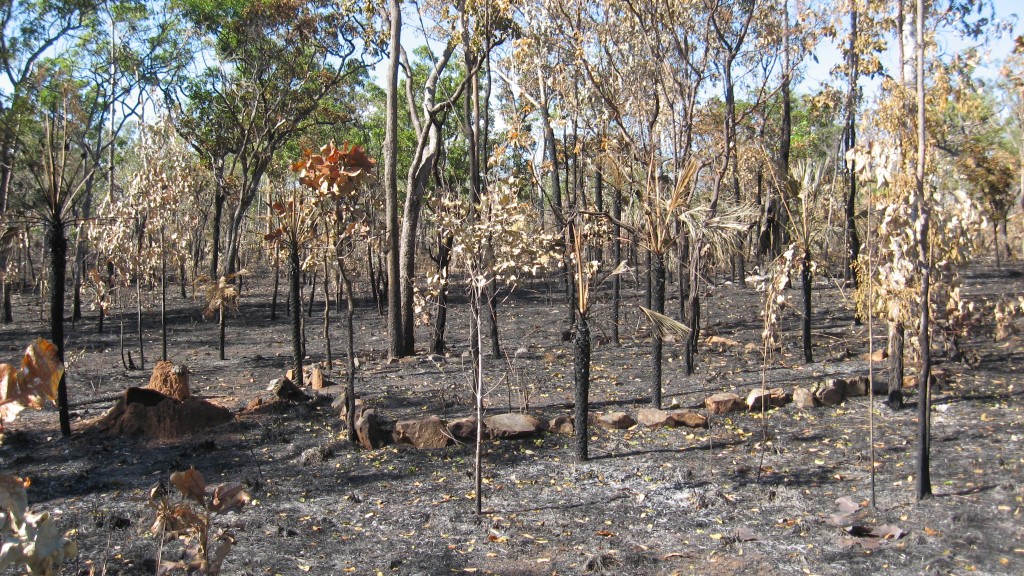 A tent sight illustrating careful placement of local rocks to form the foundation and earth placed in the center to raise the floor above the level of the ground. (Type of tent unknown at present)

Another tent site constructed of rocks and compacted earth. 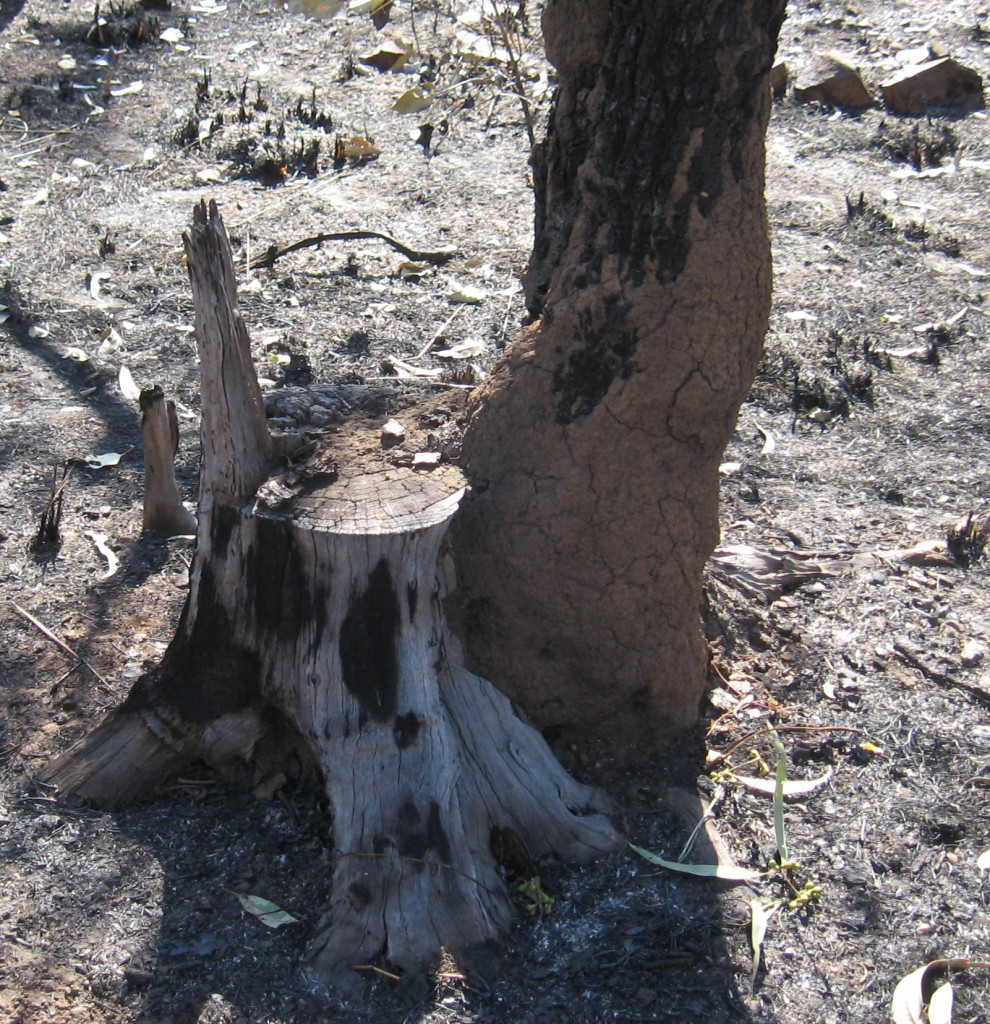 A seat with back rest made from a tree stump next to a tent sight (top right corner). 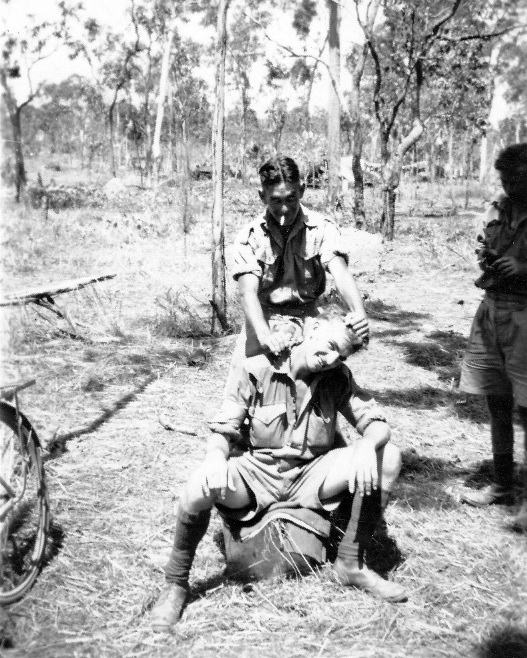 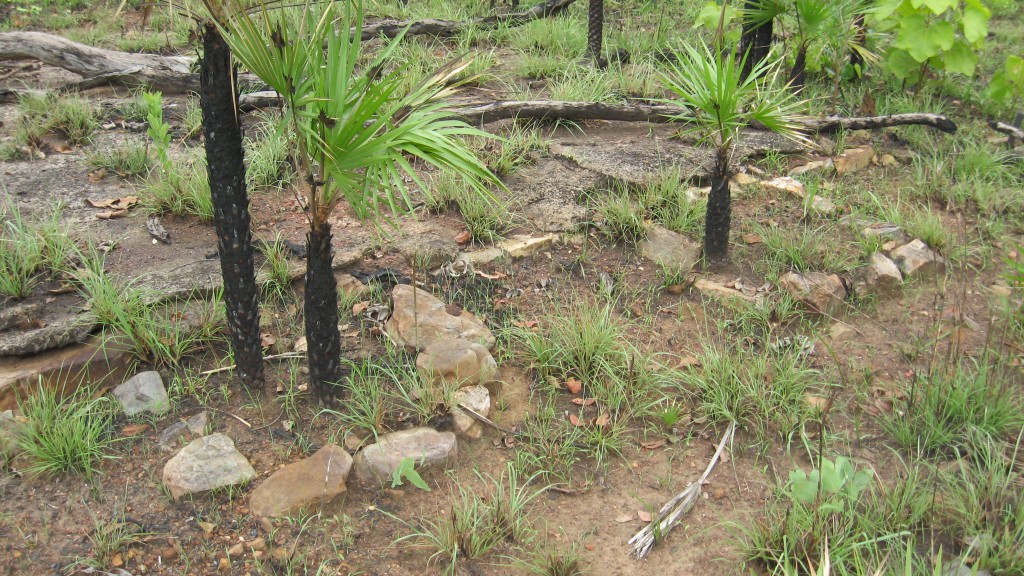 Banana palm garden area at the entrance to one tent sight at 44 Mile. Native ‘livistona australis’ palms now grow in the place of the banana palms. The bush is slowly but surly reclaiming some of these sites. 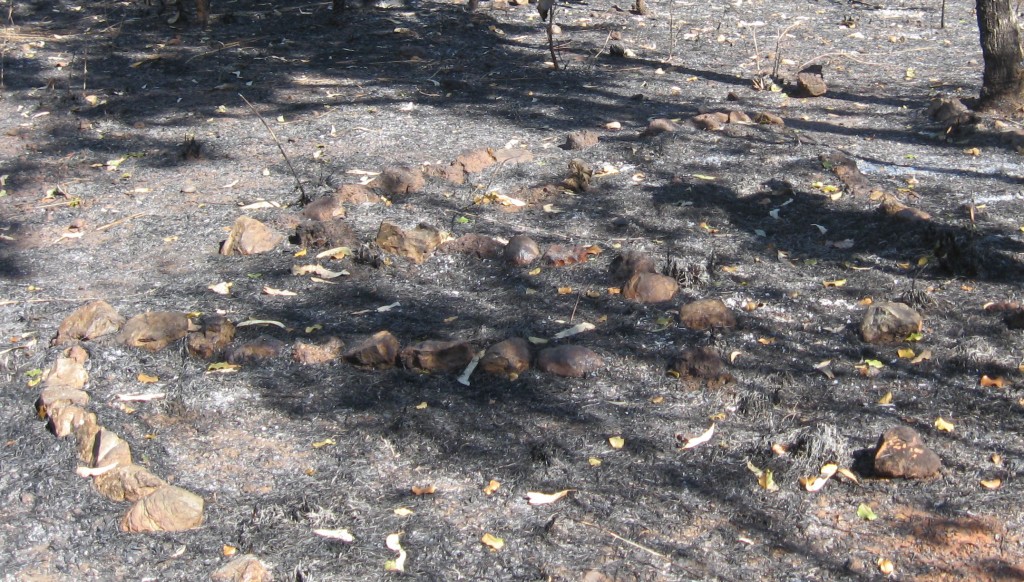 Elaborate entrance to tent site at 44 Mile. You can see the path in the center of the image. 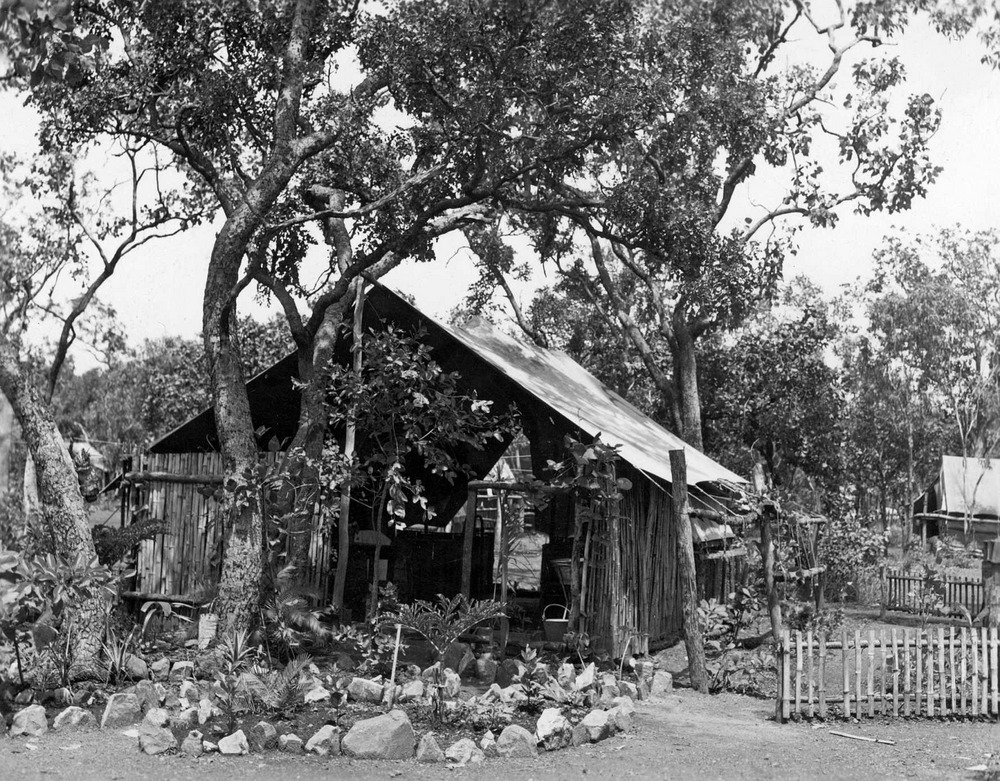 Although not taken at 44 Mile, this photo does illustrate the lengths to which some occupants went to make their tent sites comfortable. Two gardens made from stone, can be seen at the entrance, similar to that found at 44 Mile. Local bamboo, which was highly sought after by troops in the NT for construction, has been used to create the walls, bush timber has been used for the main structure and a D^D tarp for the roof. This particular tent belonged to RAAF personnel and won first prize in a NT tent building competition in 1944.

Drains from shower and washing areas are also abundant at this site and run down to a dam at the back of the camp site. Some, like the one pictured below is quite long and runs right through the middle of the camp. They are constructed from concrete. 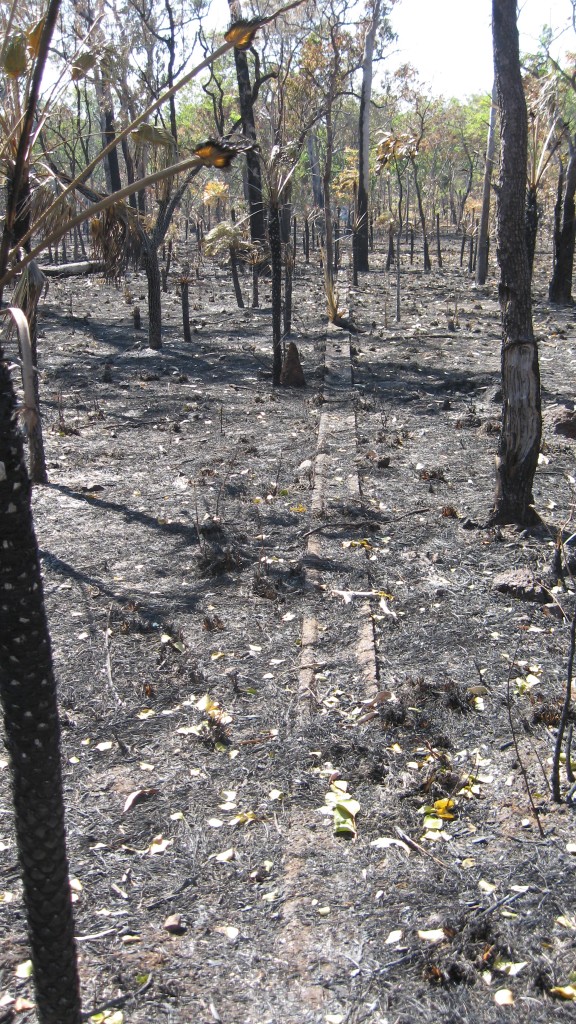 The particular foundation pictured below is both a washing and showering area and one of the best constructed on site. 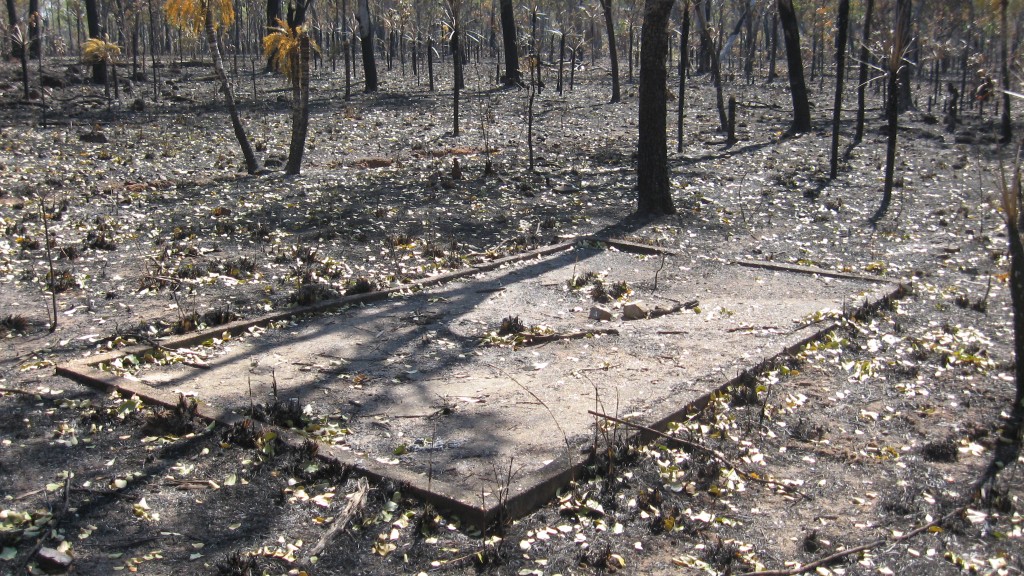 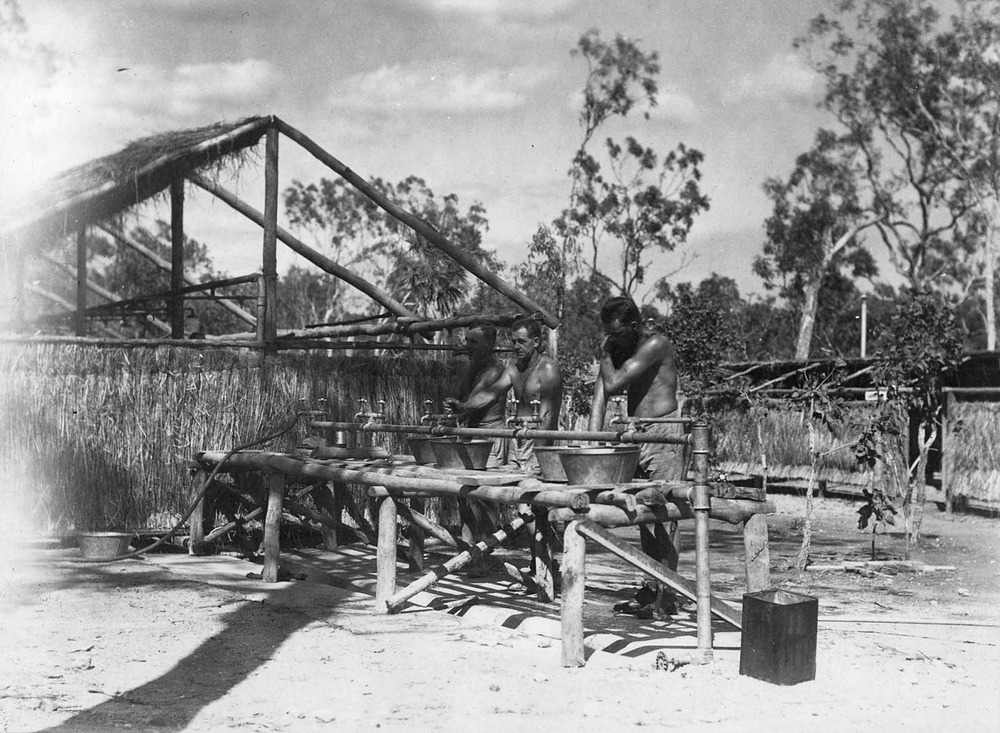 A washing area and shower at rear, NT, 1941. Note the walls constructed from dry spear grass.